NIXON, TEXAS - Camp House Concerts is excited to announce our Fall concert of the year on October 16th, 2021.

The night of music will be a combination of acoustic sets from Camp House newcomers and past performers. This powerful lineup of lyricists includes JOHN ARTHUR MARTINEZ, ALEX COBA, HOLLY TUCKER and the TOPO CHICO COWBOYS (Josh Grider & Drew Kennedy). Lineup and performance times will be announced closer to the concert - stay tuned!

Keep checking back as more information may be released on the Camp House Concert’s Facebook page and website!

» This is an outdoor event and a rain or shine event!

MORE ON THE PERFORMERS

Quietly and with a growing former regional Texas reach, Josh Grider and Drew Kennedy (best friends and singer/songwriters) have written some of the smartest and richest music coming out of the Lone Star State over the last decade or so. They travel and play shows together frequently and have dubbed themselves previously unofficially as the Topo Chico Cowboys.

Says Grider, "The Topo Chico Cowboys are what Drew Kennedy and I are calling our side project. We've been playing shows together for years, but we finally found a cool name and recorded some new original material together.

The sound and stories of these talented musicians is something you don't want to miss, as this is sure to be a show to remember! You can their individual bios on our artist page.

She stems from a small town in Texas, not much larger than Nixon, but there is nothing small about her singer/songwriter skills! She has the accolades to back that up as she’s been deemed Texas Country Music Association's (TCMA) Female Vocalist of the Year three years in a row (2017-2019) with a nomination for this year’s upcoming award show.

Tucker also has a few crowns from the East Texas Music Awards (ETX) as in 2017 she won Songwriter of the Year, Song of the Year, Video of the Year and Female Vocalist of the Year. We could go on, but I think you’ve gotten the point by now. Holly Tucker is one hell of a songwriter!

This award winning songwriter will perform at the Camp House for her first time on October 16, 2021

Alex Coba was the kind of kid that grew up taking naps in his mom’s guitar case. Music was all around him in the South Texas heat along the Rio Grande. He is proof that sometimes a meandering path and a penchant for trying things is the exact right recipe for a soulful songwriter to emerge as boundless as the landscape he grew up around.

From the rich traditions of Tejano Music of South Texas to the 70’s folk and harmony rich rock and roll in his parent’s collection, music was the heartbeat of Coba’s family life early on. School and sports took him across the country to Indiana but music followed him there; he played coffee houses and parties, solo and in bands as an undergrad. The Harlingen, Texas area native now based in Houston is recording his debut album, a literal lifetime in the making for the songwriter whose life story, while still in the making, is undeniable fodder for interesting, moving songs driven by heart and grounded in strong roots.

Alex Coba will make his second appearance at the Camp House, performing October 16, 2021.

From the Sixth Street clubs in his birthplace of Austin, Texas to the Alpine festivals in Switzerland, from music venues in Paris, France to the Grand Ole Opry in Nashville, John Arthur Martinez has proven his music grades on stages all over. He acknowledges that he's among the fortunate few that can make a living doing what they love, "I write, record, and perform songs. And, in doing so, I bare my soul, meet new souls, and see the world." He's celebrating the release of For the Love of Western Swing (& Other Love Songs), his 14th album of original music--yes, 14th. The Academy of Western Artists awarded the title track Western Swing, Song of the Year honors on August 13, 2020.

John Arthur Martinez will perform at the Camp House for his first time on October 16, 2021.

HOW TO PURCHASE TICKETS 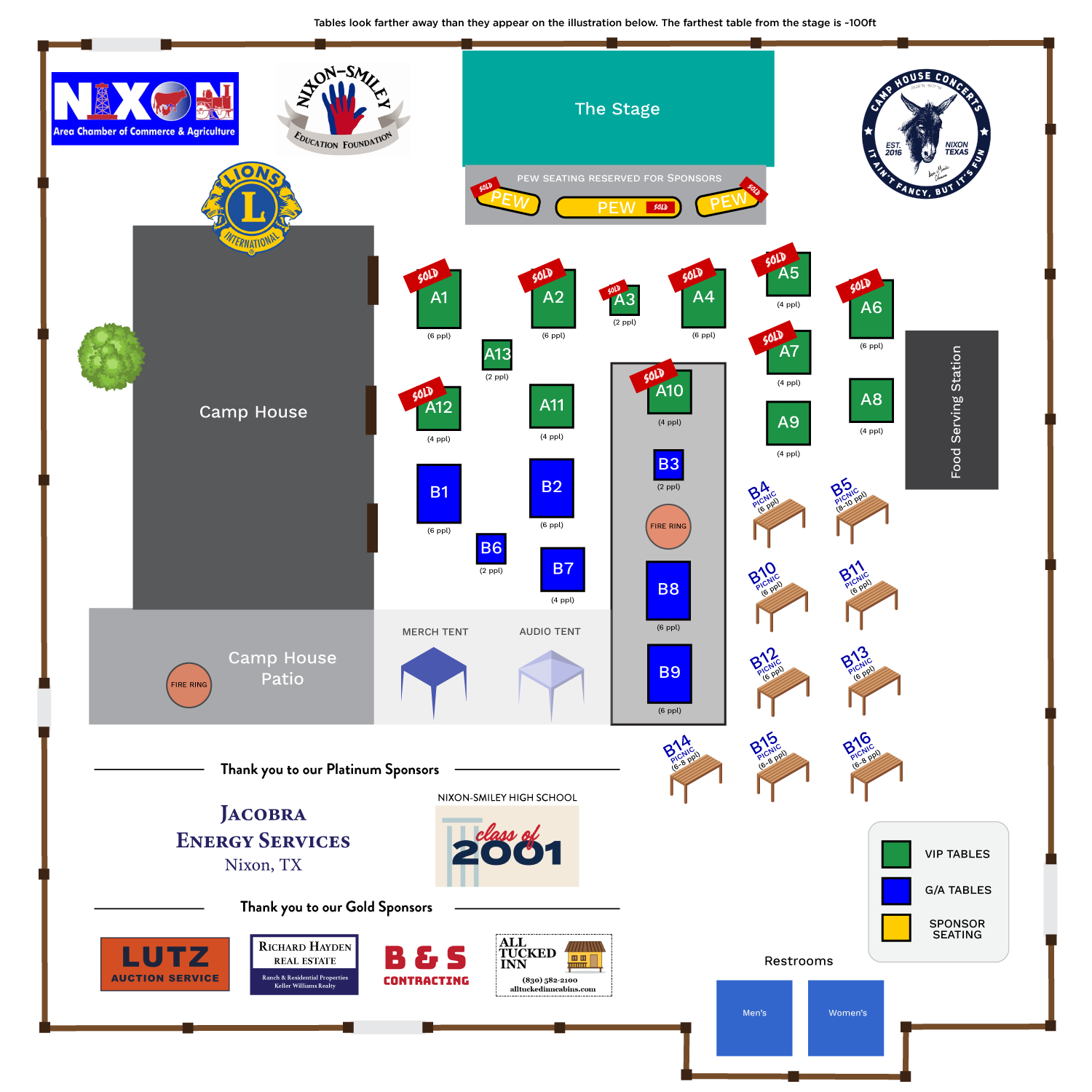 *A portion of every ticket AND 100% of profits will be donated to LOCAL NON-PROFITS:

Dinner is included in all ticket packages! Dinner will include the main course of the the "Best Brisket I've ever had" which will be prepared by Cody Turberville. We are going to take on the task of making the side dishes, so rest assure, we will have an abundance of side dishes to go along with dinner!

To keep up the safety of our guests, we will be bringing dinner and sides to your table for you! We will likely have a menu type form you'll fill out at your table. From there, just sit back, relax and enjoy the music!

We recommend seeing our friends at Jacobra Energy Services here in Nixon, TX for all of your needs relating to, but not limited to: Industrial Blasting & Painting, Tank Lining & Repairs, Vacuum Trucks, Waterjet Cleaning, Oilfield, Farm / Ranch.

We would like to thank Jacobra Energy Services & Brad Beck for being one of this events Platinum Sponsors.

The Nixon-Smiley High School class of 2001 is hosting their 20th reunion! 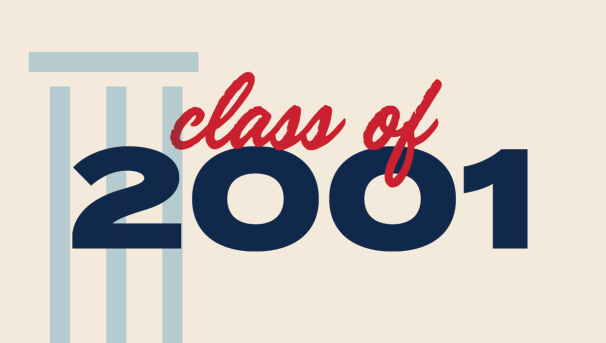 We would like to thank our friends at B & S CONTRACTING SERVICES for being a gold sponsor for our event! 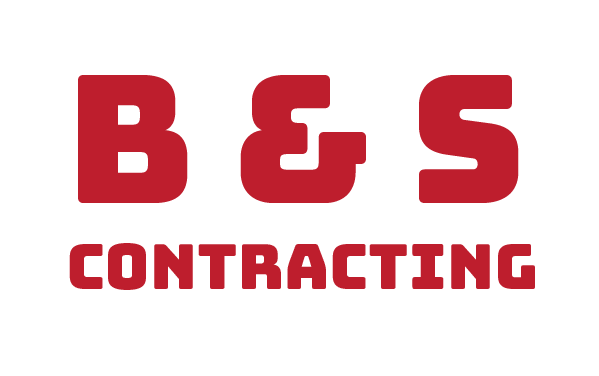 Richard Hayden is a trusted agent. List or buy, Richard's your guy. Serves the San Antonio/Austin area. Check out his listings and get more information by clicking here. 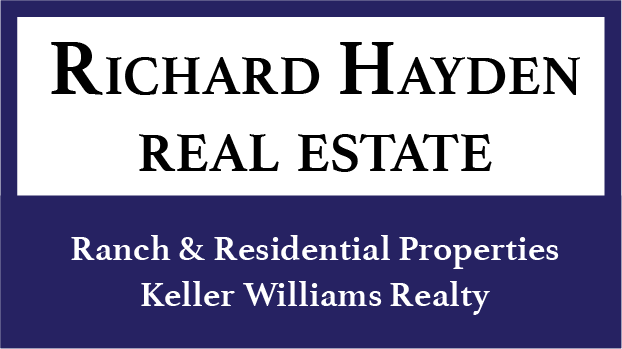 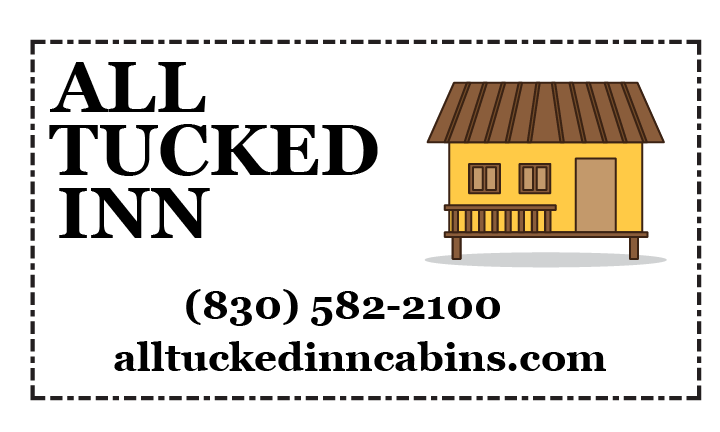 Helping bring Buyers and Sellers together through auctions, estate sales or private treaty sales. Everything from antiques to farm equipment to livestock and commercial business liquidation.

Let them assist you with your sale or refer you to an auction company or estate sale company that can best serve your needs.

For more information, visit them online at lutzauctionservice.com

TEXAS BOTTLE HAUS – We can't promise any discounts for Texas Bottle Haus but they've been good to our guests in the past. Just drop a mention of "Camp House Concerts" and Texas Bottle Haus will treat you right!

Located in downtown Nixon, TX, Texas Bottle Haus is where Camp House Concerts goes to get their spirits!  They pride themselves on having competitive prices, friendly service and a large assortment of beer, liquor and spirits.  We trust them and wouldn’t do business with anybody else therefore, we encourage you to do the same.  For more information, visit their official Facebook Page.

On October 16th, 2021, the gates will open at 3:00pm with the music beginning at 4:30pm.  Dinner will be served around 6:00pm-8:00pm.  The music is expected to close out around 11:00 or 11:30pm.  And remember, don’t drive home groggy! Be sure and grab a cabin from All Tucked Inn.  Come out early to claim good parking and then jump into a game of horseshoes, dominoes, washers, cards or just visit!

This is a cost sharing event!  Not for profit!  A portion of every ticket and all profits, will be donated to a local non-profit organization(s)!  All money is put into food, music, and everything needed to have the event!  #BYOB